Tom is a Hydrovac Foreman under Todd Ernst and recently received his NACE certification. Tom has been with UPI just over 3 years. Previously, he has worked for Northland and the Bureau of Land Management & U.S. Forest Service, where he fought wild fires. Tom was born and raised in Duluth, MN. He enjoys jet skiing in summer and skiing in winter. 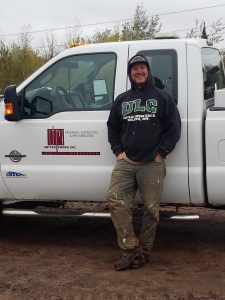 Lisa has been with UPI for 2.5 years in the Accounts Payable department. Previously she worked in the AP departments for KBJR channel 6 and JKC/Kanyon. Lisa was one of the employees retained by UPI when JKC was dissolved. Her best memory with the company is the day Paul Javorina, Controller, invited her to his office and offered her a job at UPI. When JKC was dissolved she thought she’d have to go back to bartending. It was heartbreaking because she’s worked hard to put herself through college while being a single mom, working nights and weekends full-time to get out of bartending.

Lisa’s family consists of her husband David, sons Andrew, Ian, Grayson, and their dog Gabby. She enjoys spending time carting kids around, watching Grayson play sports, going to Minnesota Wilderness games, taking Gabby for walks, and watching the Boston Bruins or the Cincinnati Bengals. Plans for future include taking trips with David when the kids grow up and they don’t need to be hauled to a field or a rink. She also will get another dog, but David is not aware of that part of the plan. Lisa is a huge dog lover. She has a Chocolate Lab at home, her favorite breed is the Golden Retriever, and her dream dog is a Bullmastiff.

Fun fact! Lisa has bartended for 15 years at The Jack bar in Cloquet, MN where she is from. Sometimes she still picks up shifts at the bar because: “I have hockey to pay for!” 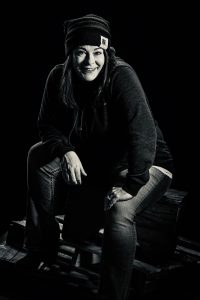